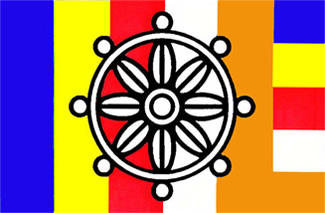 Introduction of  World Buddhist Sangha Council       World Buddhist Sangha Council is an international Buddhist organization with following objectives: Developing the organizations and exchanges of sanhga worldwide. Helping sangha carry out dhammaduta activities throughout the world. Enhancing harmony and relationship among different Buddhist traditions. Propagating Buddha’s teaching of compassion to promote world peace.   The first general conference was held in Colombo, Sri Lanka in 1966. Since then, 50 years have elapsed with nine terms of Executive Committee. In the past 50 years it has been carrying out its objectives to lead the world Buddhist sangha in dharmaduta activities to serve humankind and the world.   In 1981, the third general conference took place in Taipei, Taiwan. Most Ven. Pai Sheng was elected as the president, and the headquarters was moved to Taipei until now. Most Ven. Liao Chung is the incumbent president. Over 30 years, Taipei has become the center of international Buddhist activities. Meanwhile, Taiwan has complete freedom in religious belief. Thus, Buddhists from every corner of the world can develop their dharmaduta freely in Taiwan.   For the present, WBSC has sangha members from 25 countries. Its general conference and Executive Committee meeting is held every 4 to 5 years and 2 to 3 years respectively. If there are important matters to discuss, an extraordinary meeting can be held. Every meeting is applied and hosted by sangha from different places to step up the dharmaduta activities.